With only a short time left in Passau, we decided to ignore the rain and do a little sightseeing. 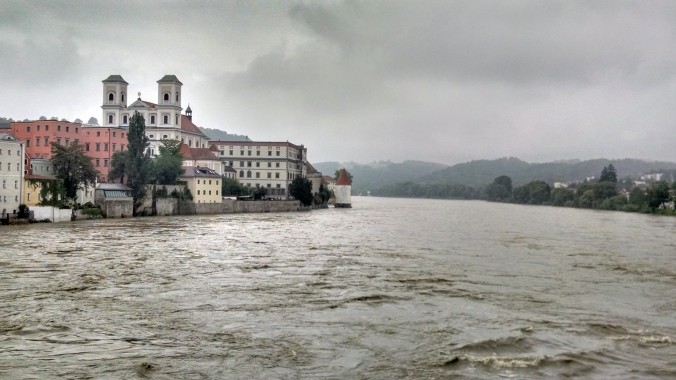 The Inn River this morning, around 10am, taken from the bridge. The little staircase from yesterday’s photos is next to that bright white section of wall on the left.

The water level is down a little from yesteday, but the river is still high and swift, and the steady rain continues.

Our first stop was Bäckerei Ratzinger to pick up some Brötchen (small breads) for our picnic lunch, then rounded the corner to the begin our climb to Mariahilf, a church which sits on top of the hill overlooking Passau from the south.

A photo from a sunnier day. You can see Mariahilf at the top, with the roof of the pilgrimage stairs reaching down to town.

Mariahilf was completed in 1627 and for centuries has served as a popular place of pilgrimage.

To get to the sanctuary, you must climb the “heavenly ladder” of 321 steps. 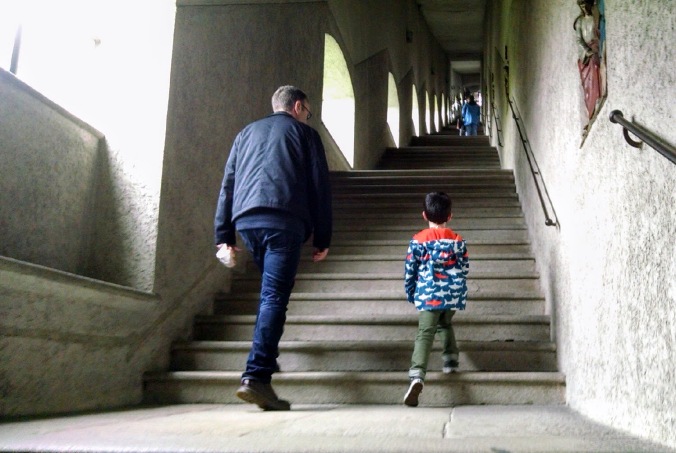 At the bottom, the staircase is plain and unadorned. 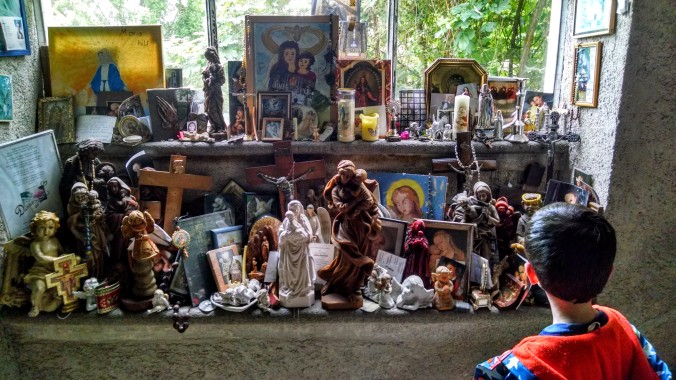 As you get higher, you start to see elaborate shrines and mementos left by previous pilgrims. There are statues, photographs, candles, and personal notes left behind in every available nook and cranny.

As we climbed the stairs we saw only one other person. Other than the rain tapping on the roof, the climb was quiet. Many tourists who come to Passau only visit the much larger Dom St. Stephen, leaving Mariahilf feeling serene in comparison. 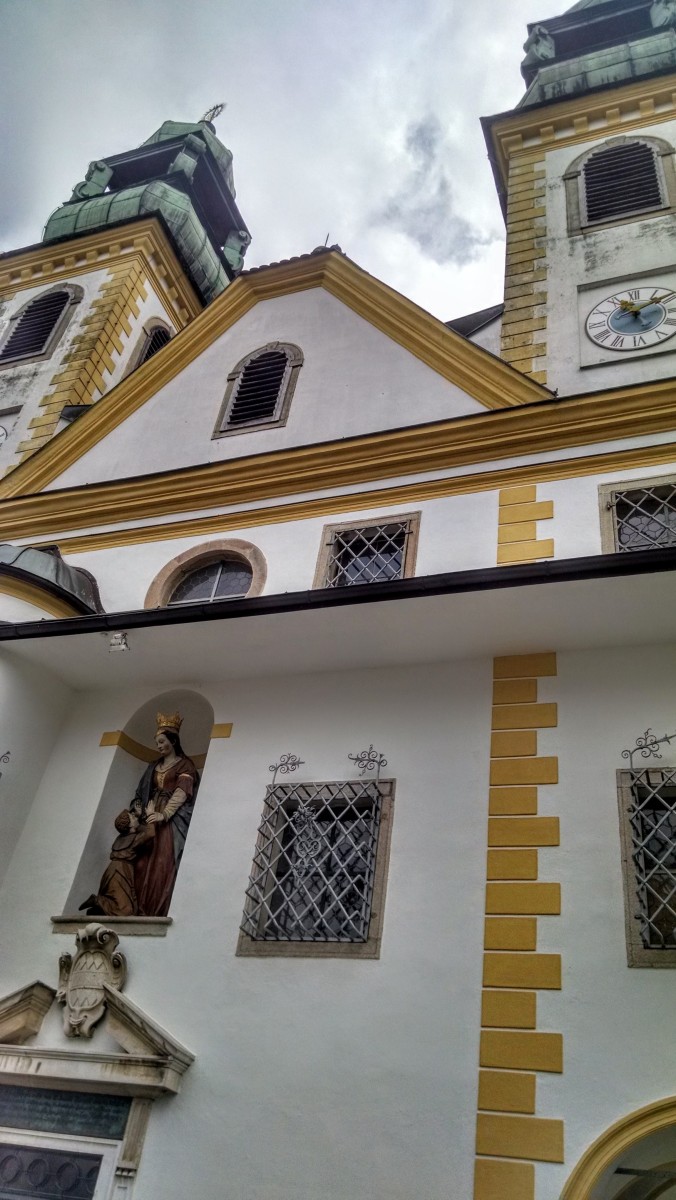 When you open the door at the top of the stairs you are right outside of the sanctuary. 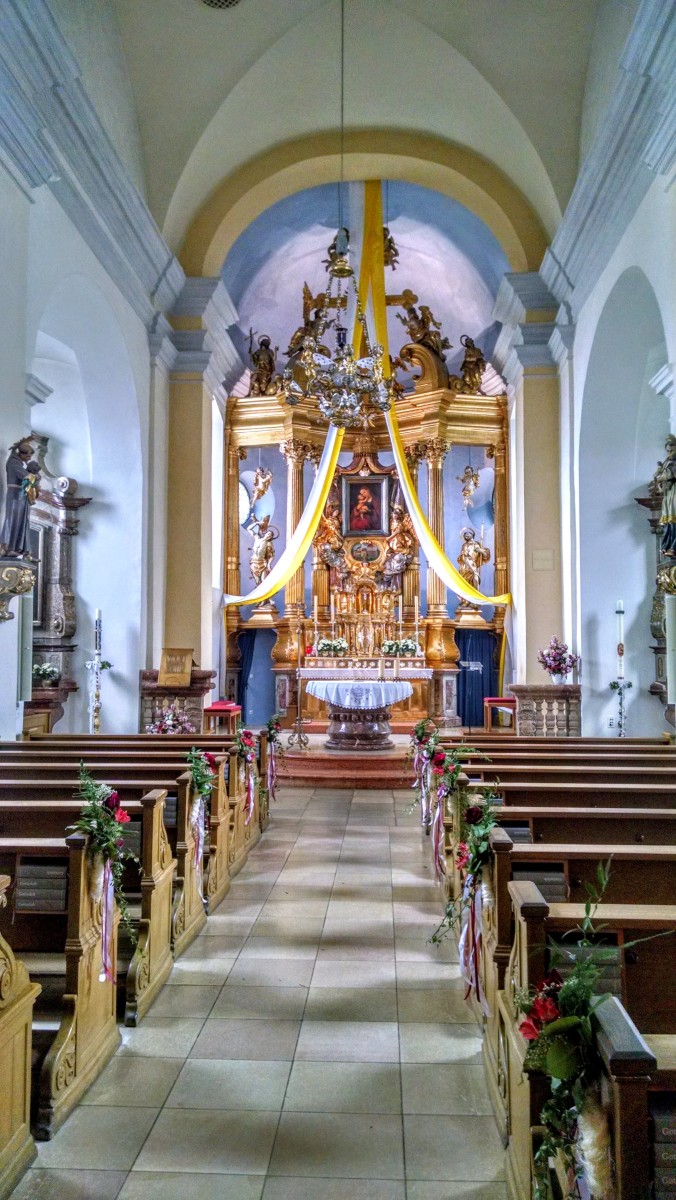 The sanctuary itself is fairly small.

Above the altar you can see the painting Miraculous Image Maria Hilf for which the church gets its name. It was painted in 1537 by Lucas Cranach the Elder, and became one of the most copied depictions of Mary throughout the region. 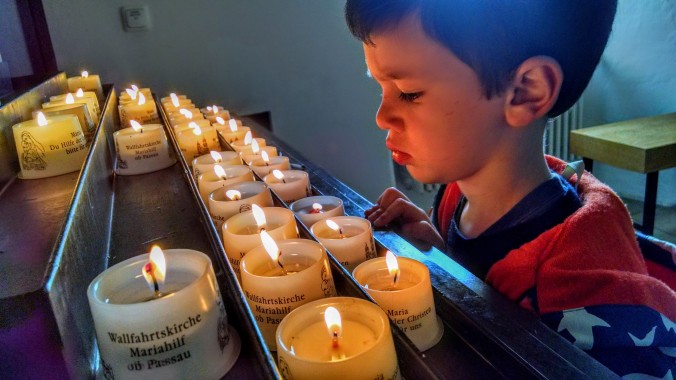 We took a minute to light a candle.

The rain had let up, so we went to walk around the grounds. 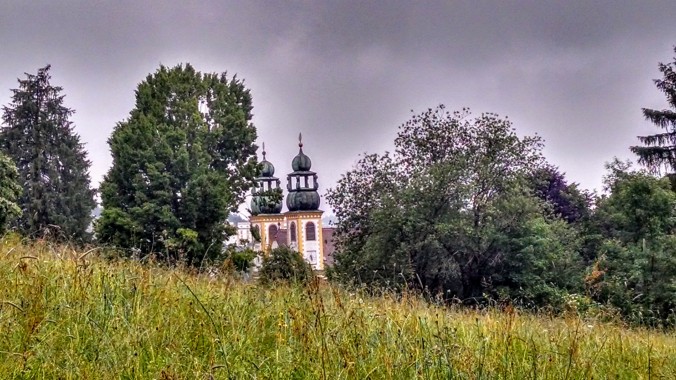 There’s a walkway around some meadows behind the church.

It turned out to just be a brief break in the rain because then it really started pouring. There is a great overlook spot next to the church where you can see all of Passau and Veste Oberhaus, but we skipped that in favor of the shelter of the stairs. 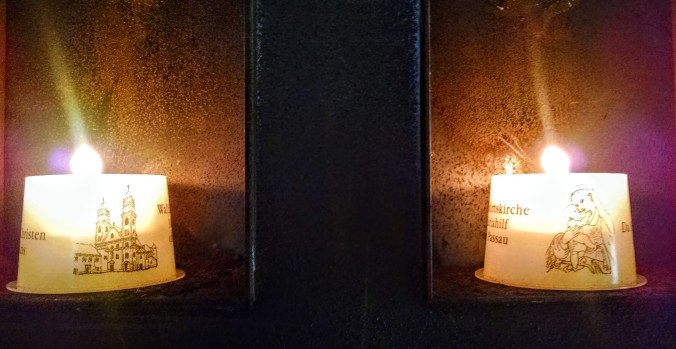 Candles light our way back down