The Bumi Langit Institut is a Muslim organic farming cooperative located about an hour outside of Yogyakarta.

An overcast morning view of coconut trees and red roofs. In the foreground is a solar panel. They say on a clear day you can see all the way to the ocean.

At Bumi Langit, they strive to live off the grid (hence the solar panels), and use biogas systems to generate gas for cooking.

There is also a focus on permaculture farming, a farming design method meant to create a self-maintaining, integrated habitat system.

The kefir was a big hit

There is also an emphasis on the idea that being good environmental stewards is essential to the Islamic faith.

I told him he could look at the sorghum, but he couldn’t touch it. Following this rule requires all the powers of concentration that a 3 year old can muster.

Despite the negative news hitting the headlines recently about the high volumes of plastic waste in the ocean here, Indonesia was a pioneer of the “Green Islam” movement. 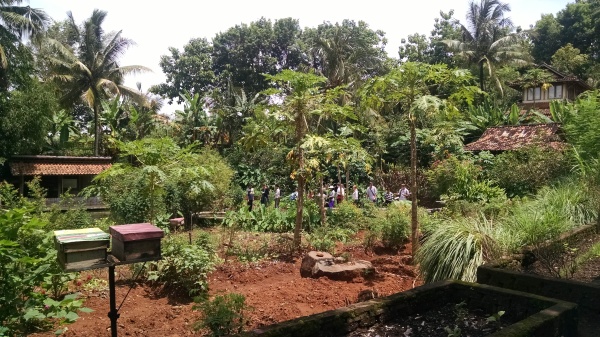 In 1887, in order to combat growing unrest and conflict over scarce resources, the Pesantren Gulak-Gulak school was founded to teach environmentally sustainable practices in an Islamic religious context. 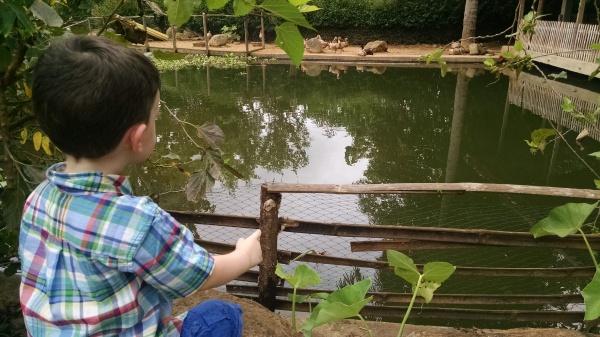 Checking out the duck pond

Today there are many such schools, including a school called Ilmu Giri, founded in 2003 by Nasruddin Anshory, whose work in environmental education was recognized by the 2007 UN Climate Change Conference in Bali. 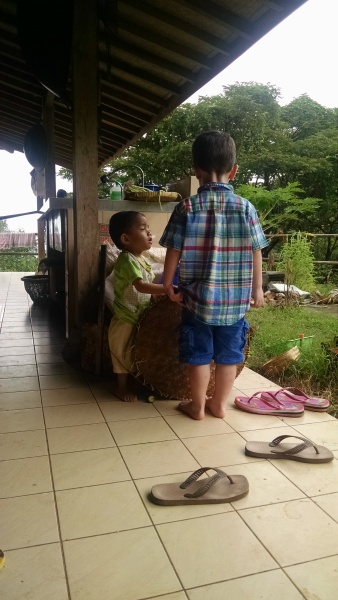 Hugo and I just spent the morning touring the farm, but they have many educational programs available for visitors.

Excited to pet the farm cats 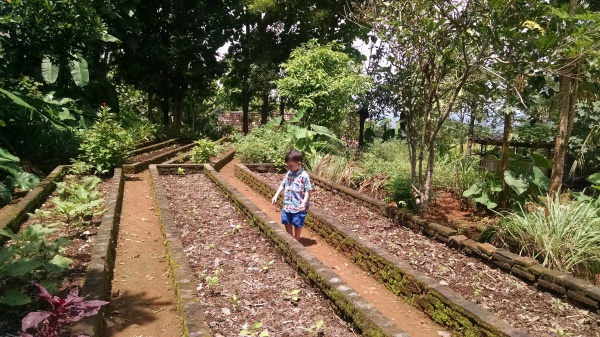 For more information about Islam and environmentalism, I invite you to check out the Islamic Foundation For Ecology And Environmental Science (IFEES), a UK-based charity focused on environmental conservation.